Check our great deals on second hand Apple iPad 6th Gen. tablets. We have a variety of colours and storage capacities to select from. All our refurbished iPads have had their features and functions thoroughly tested. The software is re-installed, returning it to its original factory settings.

Our used iPad 6 tablets come with a minimum 90-day warranty, a brand-new charger, lightning cable and ship fast from our warehouse in Melbourne.

What do I need to know about the iPad 5?

The simply named "9.7-inch iPad" -- which Apple sometimes refers to as the "iPad (5th Generation)" and that were introduced in "Early 2017" -- were the lowest priced "full size" iPad models that Apple had released to date and effectively bring together many of the internals from the iPhone 6s with a case and display similar to that provided by the original iPad Air.

All iPad (5th Gen) devices -- including this Wi-Fi only model -- are housed in white and gold colored, white and silver colored, or black and medium toned "Space Gray" cases and feature a 9.7" 2048x1536 (264 ppi) LED-backlit IPS touch-sensitive "Retina" display that is not fully laminated and that does not have an antireflective coating but does have a "Touch ID" fingerprint sensor. Each is powered by a two core 1.8 GHz Apple A9 processor, has 2 GB of RAM, and has 32 GB or 128 GB of flash memory storage.

Other notable features include dual cameras -- a rear-mounted 8 megapixel "iSight" camera capable of shooting stills and 1080p 30 fps video and a front-mounted 1.2 megapixel "FaceTime HD" camera capable of shooting stills and 720p video -- dual channel 802.11ac Wi-Fi with MIMO support (backwards compatible with 802.11a/b/g/n), and Bluetooth 4.2 in addition to stereo speakers. Connectivity to computers, if desired, and power is provided by the Lightning port. 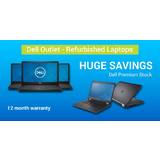 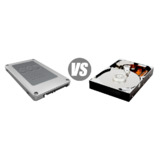 Is it worth upgrading my refurbished laptop or computer with an SSD drive? 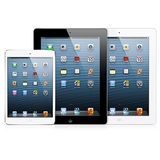