What can a Surface Pro 4 do and is it worth it? 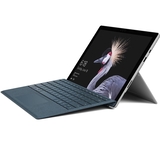 Released in October 2015, the Surface Pro 4 specs include models with 4/8/16 LPDDR3 RAM and 128/256/512/1024 PCIe NVME SSD hard drives. The display is a 12.3" touchscreen with 2736x1824 resolution. This device runs on Windows 10 out of the box and is one of the main reasons it is so popular with laptop users. It has significant improvements over the Surface Pro 3, including better pressure sensitivity and a higher screen resolution.

The best thing about the Surface Pro is the current price of the device when compared the later models, particularly when Reboot IT includes the Type Cover making it great value for money. As of the date of writing, the refurbished Surface Pro 4 price starts at $529. If your budget can stretch to it, I would recommend the Surface Pro 4 i7 version as it really makes the experience of using this device even better.

The all magnesium unibody casing makes it a very sleek looking machine. Its dual functionality of a tablet and laptop makes it worth every cent and being designed by Microsoft, it feels like the software runs smoother and boot up times are great.

To put icing on the cake, a Microsoft Surface Pro 4 docking station makes a work or home office set up a breeze. Just connect to the charging port of your device and you will instantly have the ability to attach multiple monitors, USB devices and wired ethernet. The dock not only provides all these additional ports but charges your Surface Pro 4 as well. Remove the cable from the charging port and you are on your way, simple and efficient. 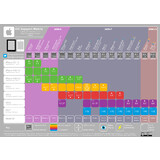 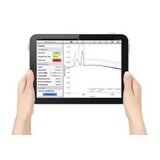 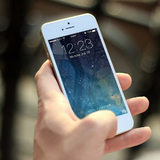